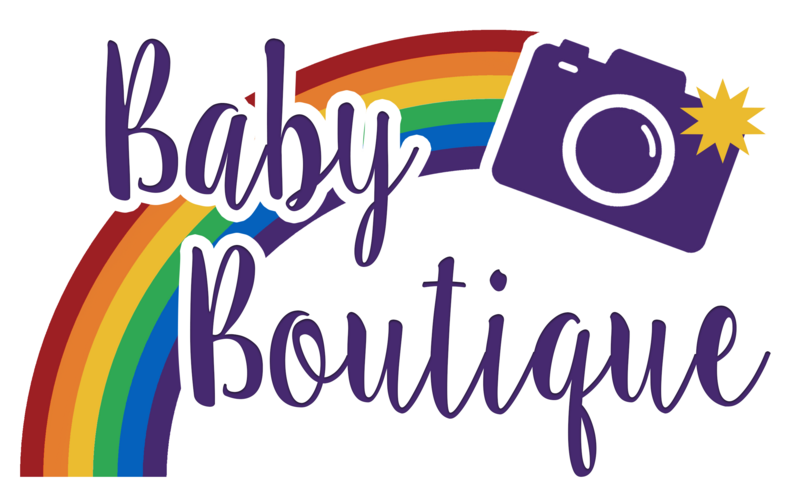 Bella came prepared when she visited the Boutique Baby Studio in Manchester recently. Pearls, a ballerina outfit, a super cute cheeky face – She had the lot! Who can blame her though? It was her first birthday and she was celebrating in style with a cake smash photo shoot, complete with another beautiful bake from Jessica Yates Cakes.Â This pink and purple cake matched the purple backdrop perfectly, which was handy because Bellaâs Mum picked it specifically having looked through the blog before her visit. Doesnât she look pretty? Unfortunately the same canât be said for the cake – it didnât last long!

The best thing about visiting the Boutique Baby Studio has to be the variety! Smiley Noah found that out during his recent shoot which incorporated a good mix of styles including an vintage look and an aeroplane detour. To finish things up, we thew in a few neutral, traditional colours and used a lovely flokati rug set up with knitted shorts. This colour always works perfectly for blonde babies. I love it!

Five-month-old George may not have been confident enough to sit up on his own quite yet but he was more than happy to chill out in a bucket for a selection of shots. He just loved being comfy – clearly heâs a fan or taking it easy! Of course as with all shots like these, Mum was on hand at all times to provide support and safety – I simply edited her out. Donât worry about that though George, put those feet up!

Four month old Isla loved every part of her visit to the studio. From the moment she left the pram she was all smiles and loved being propped up in a bucket so she could see exactly what was going on. It must have tired her out though as she was fast asleep by the time we were done!

With Summer fast approaching, thereâs never been a better time to mix up the outfits used in my shoots. Six month old Max looked beach ready in his holiday linens, casual teeshirt and framed against a holiday-themed boat background. Plus, I just loved how he held his little toes while sitting up. My jobâs easy sometimes!

With schools closed for the Easter holidays, this week has been the perfect time to capture some shots with older siblings who may ordinarily be unavailable. Theyâre usually great at getting the little ones smiling too. 7 month old Leo looked cosy posing in his nappy for that pure baby look in the bathtub and a basket from the studio. I love how the bright blue background compliments his sparkly eyes!

These two were bros for life and theyâve got the mating tee shirts to prove it! Using neutral backgrounds, we were able to match pictures from previous sessions which work well for their home decor. Little Raife has been in a few times during his Babyâs First Year sessions and itâs just lovely to see him growing up. Look at him covering his ears when playing peekaboo, what a cutie!

As a huge fan of Glastonbury Festival, I was over the moon to see Annie sporting a babygro from last yearâs event. It matched perfectly with a floral crown (luckily, my studioâs fully stocked with them), tutu and sunglasses – which she much preferred to chew and not wear! Mum also loved the idea of floral bonnets and as a huge fan of them myself, who am I to say no? See you at the Other Stage, Annie!

Little Nancy was back in the studio recently for the second of three sessions as part of her Babyâs First Year session. We decided to use the same pink flokati rug with a yellow wrap and headband that we used in previous shoots to show off just how much sheâs grown in such a short space of time. How time flies!

For the second of three Babyâs First Year shoots, six-month-old Lyla decided to pose with her sister again after a similar newborn image got so much love! She looks teeny tiny in comparison and is now sitting, smiling and looking adorable in the studioâs tutus and dresses. Looks like Iâm not the only fan of these three floral backgrounds too, theyâre quickly becoming a client favourite!

Newborn sessions can often be hard to predict, especially when babies arenât in a regular feeding and sleeping routine. Add two excitable toddlers to the mix and you could have all out chaos on your hands. Luckily that wasnât the case with this shoot. These two were so well behaved and gentle with their new little brother. All three have been through my studio now. What an honour it is to capture these moments!

Tamara was over the moon with her cake smash this afternoon! She just loved to squish up the delicious sponge – sure, itâs a shame to smash up such a great cake fromÂ Jessica Yates CakesÂ – but it’s worth it for these images! Like what you see? The tutu, vest and little crown are all available in the studio for clients to use!

Macauley just loves to bite! Here he is at 6 months chewing a blue basket and again six months later attempting to chew a car – Some things never change! Having booked a cake session in advance, Mum since discovered that Macauley is dairy intolerant. Solution? Jelly smash!